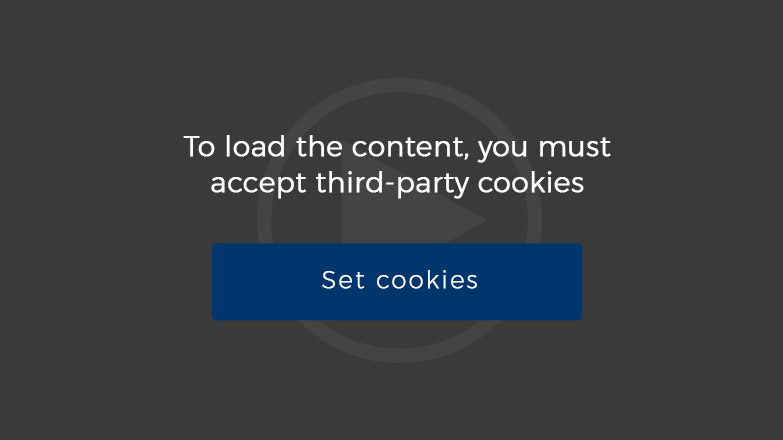 Museum complex located at the Cultural District of Saadiyat and formed by pavilions, plazas, alleyways and canals which evoke the image of a city floating on the sea, inspired by the traditional Arabic architecture. Special attention should be paid to a 180 m diameter dome (which seems to be suspended in mid air) consisting of interlaced patterns which develop a mashrabiya giving rise to a rain of light that floods the Museum.

*The prize ”Project of the Future 2015” awarded in the first edition of the ”Identity Design Award” held in Dubai and organized by Identity, a leading magazine for design, architecture and contemporary real estate in the region. The award goes to projects in execution that stablish the UAE as a center of architecture.

* “Green Building Award” to the environmental excellence at the “Green Middle East Awards”.

* First branch of the Louvre Museum outside France. 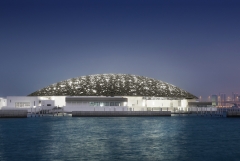 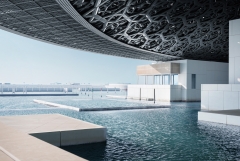 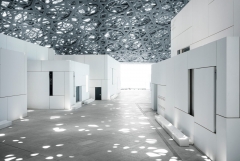 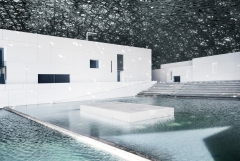 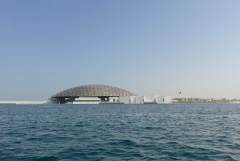 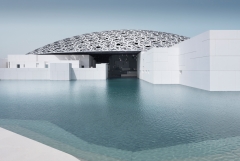 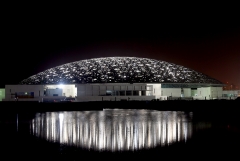 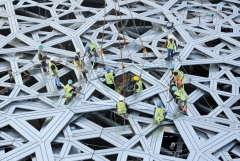 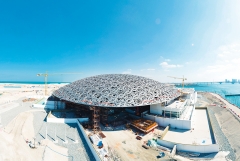 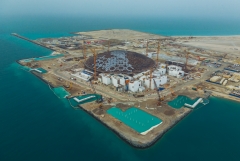